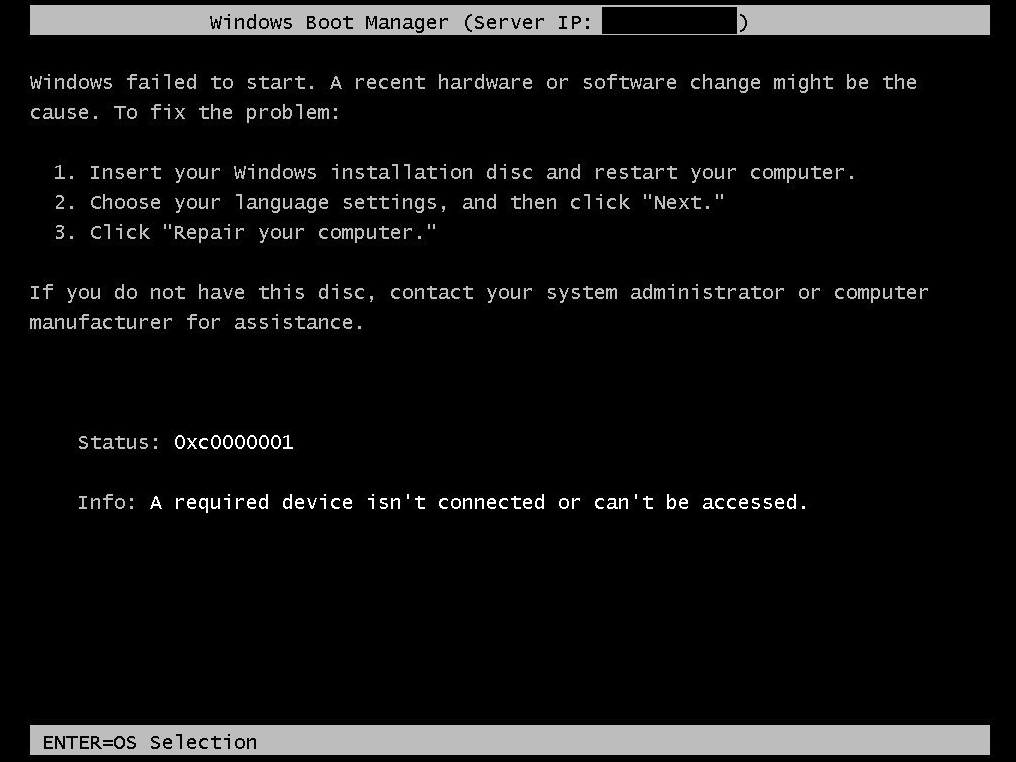 I have encountered multiple solutions to this problem, and here are some of them from other blogs:

However for me, I had the following scenario, and my solution turned out to be quite simple.

I found this behavior to be really odd. Why would it download the boot image on one just fine, but not on the other? Perhaps the boot image needs network adapter?

Well, it turns out the solution for this model laptop was to add the network adapter driver* to the boot image. We generally don’t add network drivers to boot images unless necessary, which in this case it turned out it was.

And that was that. If you don’t know how to add drivers to the boot image, I’m not going to reinvent the wheel, but I will direct you to this website that has a decent how-to.