There was a weird issue when I first joined my current job: I was told was that because of the way Palo Alto GlobalProtect (GP) and Microsoft Skype for Business (SfB) works (or maybe was configured?), I needed to log-in to SfB first, then connect to the GP VPN. The rationale was that SfB wouldn’t connect, or it would take a long time to connect, AND THEN even after a period of time, SfB would start behaving weird and it’s Exchange connectivity would drop, so SfB wouldn’t get voicemails, missed calls, etc. Just all out weirdness going on. It’s 2020, so maybe some of this true to form for the year, but probably not.

Click here if you want to skip the context and go to the solution.

Full stop. I’m sure you’re asking yourself right now, “Why not just migrate to Microsoft Teams? Get rid of that whole on-premises stuff.”

Let me answer that in a meme: 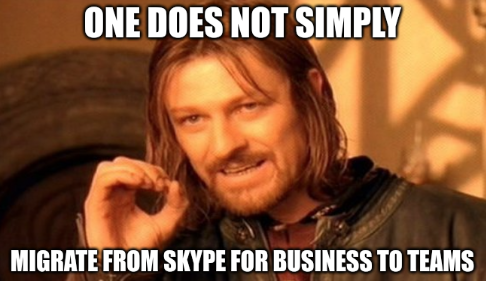 Skype for Business is one of the integrative technologies that spans lots of technology stacks that isn’t exactly easy to just jump ship from, and Teams as a VoIP replacement is arguably not there yet.

Also, have you seen the UI comparisons? Going from a sleek floating window for calling, IM, and conferencing with SfB to the giant-lets-pack-lots-of-services-into-one-large-window that is Teams is kind of a hard sell on the user training side of things. Maybe I’m biased. Maybe, but I digress.

Ok, back to the GlobalProtect and Skype for Business issues.

I was admittedly puzzled that the solution — to instruct users to sign-in to SfB before they sign-in to the VPN — was the best solution; it doesn’t seem right from a user experience perspective, and then when you toss-in the sudden weird issues with Exchange connectivity, none of this seemed right, and I doubt that’s the ideal experience. So I brought this up and the team basically said, “we just haven’t had time to troubleshoot it, but if you want to figure it out, go for it.”

You know what that sounds like? An adventure. An itch to itch. Something to solve. A challenge! There could be only one response: 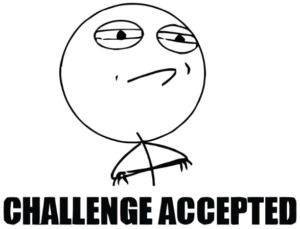 Why Split Tunnel Skype for Business?

Something you might be asking is “Why configure split tunnel in the first place? Isn’t split tunneling a headache to manage?”

Split tunneling can definitely be a PITA, but like a million IT questions out there, the answer ultimately to this is, “it depends.” From my experience, split tunneling becomes difficult when you have a lot of split tunneling to manage, but if you have one or two services, it’s not that bad.

For Skype for Business, it’s one of those technologies that is sensitive to jitter, latency, and packet loss. Why? It’s because it’s voice traffic, and just like voice traffic on the inside of the network, where there’s jitter, latency, and/or packet loss, users on opposite ends of calls/conferences will experience this as delayed audio or parts of the conversation will just break up and it leads to an overall poor experience.

When you configure split tunneling, particularly for technologies like SfB, you avoid the dual encryption scenarios and you allow the technology to use its own optimized methods for connecting voice and application traffic by letting the software connect to services over the internet directly versus through a tunnel.

That said, what’s the baseline here? How is GlobalProtect configured with split tunneling and what issues are there?

For GlobalProtect, the split tunnel configuration was configured pretty much like this documentation from Palo Alto (using just the application split tunnel, nothing else). It looked like this: 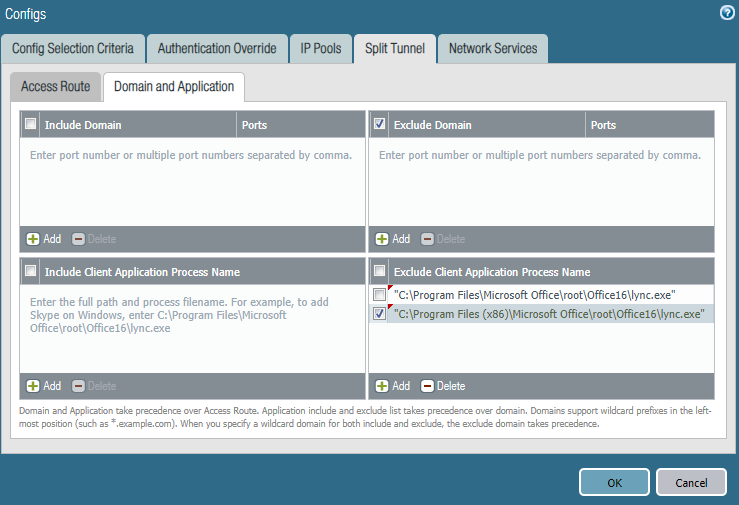 Here are the issues that were encountered in this setup:

Issues 3-5 really came later because they were hard to pinpoint due to their inconsistency, but issues 1 and 2 brought some fast wins.

Let’s get to some solutions.

It’s kind of a joke, but DNS really does cause a lot of problems, and in a split tunnel configuration when you’ve split-tunnel the traffic by application, the application is still going to resolve addresses by the servers you specify in the GlobalProtect configuration. So if you haven’t changed DNS records, the application will split tunnel, but it will still try to connect to internal resources because that’s the records it has.

I don’t have a PCAP screenshot for this, but if you pull up Wireshark and look at the PCAPs for your network interface (non-GP interface), you’ll see attempts to get to SfB internal IP addresses that aren’t (typically) on your network, and thus services fail.

The solution is simple: for your VPN clients, serve the external IP addresses for A records being queried. I solved this by setting up dedicated DNS servers for VPN clients, then just creating the zones and root records for each FQDN. I did this for all the Skype for Business external IPs (edge and reverse proxy) and the external Exchange records.

After doing this, problems 1 and 2 went away because hostnames were being resolved correctly.

Solutions for 3 through 5: Firewall rules and IP Split Tunneling

Problems 3 through 5 were frustrating like no other because I couldn’t really narrow the problems down exactly. Some people had no problems with call transfers, application sharing, or conferencing, but then sometimes they would. So the thing to do is dig into the logs, and when I did I encountered a lot of this:

ms-diagnostics: 23;source="mediationServer.contoso.com";reason="Call failed to establish due to a media connectivity failure when one endpoint is internal and the other is remote"

ms-diagnostics: 24;source="mediationServer.contoso.com";reason="Call failed to establish due to a media connectivity failure when both endpoints are remote"

These all pointed to firewall issues, and even the ICEWARN messages noted something wrong with STUN, TURN, NAT, etc.

So I did some digging and found that firewall rules needed to be in-place to prevent VPN clients and internal SfB servers from communicating with one another. So I added some PAN policies, and things got better, but not perfect. Also, I added the external SfB IP addresses to the split tunnel in Network > GlobalProtect > Gateway > Agent > Client Settings > Client-Config > Split Tunnel > Exclude (which basically just adds static routes in the Windows routing table to send traffic for those IPs out the non-tunneled interface). Still the occasional error creeping up, and I could even witness it, but still can’t quite nail the problem.

Here’s what the final outcome should look like for a GlobalProtect-Skype for Business-Exchange environment for split tunnel.

Of course, I fully admit this is really more of a legacy design with everything on-premises, but you could just as easily send the Exchange traffic to Office 365 in the split tunnel.

While I had configured the traditional methods of doing split tunnel configurations (IP split tunnel and DNS servers), I’m still a little puzzled to the fact that the Palo Alto GlobalProtect application process split tunnel seemed to cause issues. My guess is that something in the way the Skype for Business client is designed prevents the process from being completely split tunneled, and I think this has to do with the way Skype for Business operates with Windows.

If you get really bored on a Friday night and have nothing better to do in life, check out some of these deep dives on candidate path selection and other stuff related to media flow. What you’ll see in the SfB client log files is something like this:

Basically, SfB gets a selection of candidates that it uses from the interfaces on the computer. In a GP split tunnel set up (with or without application process split tunnel configured), you’ll see ALL IP addresses (including the tunnel address) listed as candidates, and my suspicion is that Skype for Business still tries to use a tunnel interface, and sometimes it gets around the Palo Alto GlobalProtect application exclusion, and then that causes calls, application sharing, and even conferences to fail. I can’t show my own logs seeing this for security reasons, so you’ll have to trust me on that one.